Fäviken: How We Do the Things That We Do   by Magnus Nilsson
More

Fäviken: How We Do the Things That We Do

Magnus Nilsson is the chef of Fäviken Magasinet in northern Sweden and one of the world’s most exciting young chefs.

Raised not far from the restaurant, Nilsson loved marine biology and cooking from a young age. Eventually he chose to pursue the latter and enrolled in a local cooking school before joining Pontus in the Greenhouse as a pastry chef. At twenty, he left Sweden for France and an internship at the then-new l’Astrance. After this, he spent a short time at l’Arpège before returning to Sweden. By Christmas 2003, he was in Paris again and back at l’Astrance, where he went on to spend three additional years in the kitchen.

In 2006, Nilsson actually arrived at Fäviken, aged twenty-four, not having cooked in two years and intending to be the restaurant’s sommelier (he took a break after Paris to study wine). When the incumbent chef left in 2008, Magnus was left the sole employee and therefore decided to run both kitchen and front of house. He hasn’t looked back since.

He is the author of The Faviken Cookbook (Phaidon, 2012). 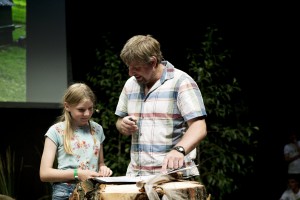 On Being Brave
by Martha Payne

Martha Payne on school lunches and feeding the students of Malawi.

It’s our great pleasure to welcome a new member to the MAD team, Magnus Nilsson.

Am I Good Enough? | Kamilla Seidler

Kamilla Seidler, named the Best Female Chef in Latin America by the 50 Best Restaurants List, has led kitchens the world over, and has won widespread recognition for her work as head chef of Gustu, 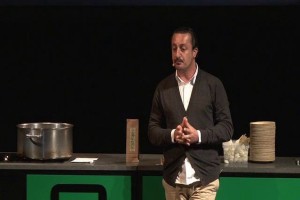 The founder of Lebanon’s first farmers market on preserving tradition and protecting farmers.