Culture of the Kitchen: Suzanne Goin   by MAD & Lucky Peach
Next 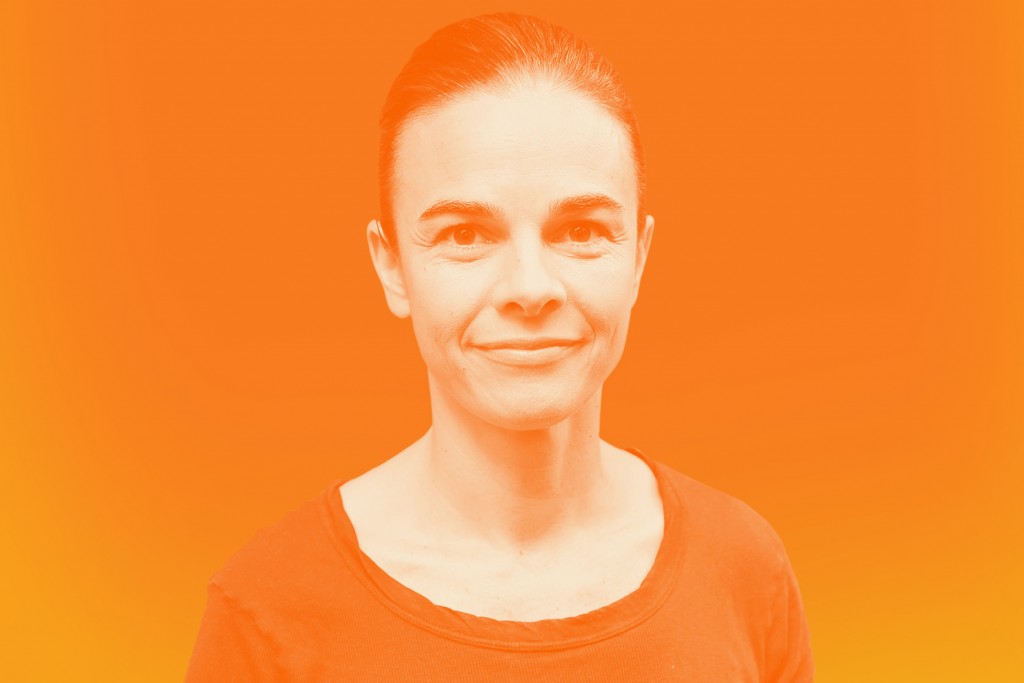 Over the last month we’ve teamed with Lucky Peach open a dialogue about how and if kitchen culture should change. Since then we’ve been reaching out to a number of chefs to join the conversation, including Iliana Regan, David Chang, and René Redzepi. In our latest interview Lucky Peach sat down with Suzanne Goin, the LA-based chef and restauranteur, and asked her about respect and relationships in the kitchen.

Suzanne Goin grew up in Los Angeles, a city whose culinary style she’s helped define since the late 1990s. Her food is breezy and relaxed, but with a formal backbone—like something created in a California of swimming pools and beach houses by smart people who’ve spent a lot of time in France. Goin has cooked at Chez Panisse, in Berkeley; with Alain Passard at Arpège, in Paris; and as executive chef of Campanile under Nancy Silverton and Mark Peel. She has four restaurants in LA: Lucques, A.O.C., Tavern, and—with her husband, David Lentz—The Hungry Cat. Goin has thought a lot about the changing culture of the kitchen—she was on a panel this summer in LA called “Women Without Reservations,” which looked at sexual discrimination and the ubiquitous dick-joke culture of the bro-chef kitchen. She’s conflicted about progress and change.

What was it like when you were coming up in the kitchen? A Michelin-starred chef—a woman—once told me she’d learned to be more of a hardass than any male asshole in the kitchen, as if the only way to survive was to grow harder knuckles. Was it like that for you?

My parents both worked and my dad always one-hundred-percent respected my mom’s work as much as his, so I think I went into all this with an attitude that I could do anything a man could do—actually, more of an attitude that I didn’t even think about it, because why would it be an issue? So I credit my parents with that. That said, when I did work in more macho or male-dominated kitchens, I found that if I just acted tough and worked harder than everyone else, and acted like that was normal, and feigned confidence and strength when I maybe didn’t quite have it—if I did all that, then things fell into line. Sort of a fake-it-’til-you-make-it idea. My dad was big on teasing us when I was a kid, and my sister would get really upset. l learned that if I just acted like it didn’t bother me, he would stop. That was a bit of that lesson, too.

I remember when I started in one of these more macho kitchens, the very first day the only other woman came up to me and said, “You should get out of here now. These guys are such assholes, they make me cry every day.” My thought was not, “Oh no, poor you,” but more of a “What on earth are you talking about? Why would you let someone make you cry?” There was an element of just toughing it out. Maybe that is not okay, but that’s how I managed it, and I do think it made me stronger. I never had any really sexual harassment; it was more, Why aren’t you in the pastry kitchen? Or, You know, this is a really tough kitchen—are you gonna be able to handle it? And lots of raunchy jokes and comments about women customers, etc. I just didn’t let it bother me.

At the moment, the industry seems fixed on the fact of gender in the kitchen. Are you seeing a real change in kitchen culture, a genuine embrace of feminism?

There is definitely a change in the kitchen culture. It’s all become more PC, which of course is a good thing—so more people feel included and comfortable. But the cleaning up of the kitchen (and I’m talking about the playful silly stuff, not any real sexual or other harassment) also has taken some of the charm, wildness, and kookiness out of it. Those misfits and oddballs—the work-hard-play-hard mentality, the feeling that you are not working an office job and you are on the cool outsider side of things—it’s pretty much gone. I’m nostalgic for it, even though it’s probably all for the best. Again, of course, I don’t condone any type of harassment or discrimination, but we all have to be so careful now, and I do spend a lot of my time making sure no one has offended anyone.

Sad to say, there are people who abuse the new culture and take it to the lawsuit level. Suddenly, when they are terminated for drinking on the job, they remember that someone said something offensive to them, called them a name that they in fact call others, all in a joking manner—and suddenly, it’s not a joke anymore. For me, this is more of an issue, because if an employee is sexist or doesn’t like women, they probably aren’t going to come work for me. It’s very rare for me to have to deal with the gender-discrimination issue in my restaurants. Two of my three chefs de cuisine are women.

Has creating a climate of respect always been your mission as a chef?

For me, work was always really intense, but also really fun. You felt like you went through war with the other cooks, and there was a camaraderie and connection in the release afterwards. I always remember feeling so glad I was on my feet working and being able to chat a little during the setup time and then at the end of service. Again, that feeling of thank God I’m not sitting in a desk in an office.

That joking and silliness, raunchy humor, etc., has always been a part of kitchen culture. It’s sort of how we all release from the intensity of working on the line and the pressure of getting the food out night after night. It’s what made a low-paying manual job with bad hours fun (besides, of course, the passion for cooking, which, if you don’t have, there is no reason to ever be in this career).

Is gender in the kitchen a clear-cut thing? Is there a male-female duality, with hardass male chefs and more collaborative female ones?

Like all clichés, there is truth to the male-versus-female-chef one. To some degree, women tend to cook from the heart, to nourish and please and comfort, where men are more likely to want to show off their skills and stand out. On the other hand, some of the more sensual and thoughtful cooks and chefs I know are men, and there are definitely a lot of women chefs and cooks who fit that male stereotype.

I do think, to generalize, women manage people differently than men. At least the women I know tend to be better communicators and to be more engaged on the personal side of things—sometimes to a fault! I probably get my heart broken by a disappointing experience with an employee more than your average male chef, but I also think it’s why I have a lot of staff who have been with me for years and years. Of course there are men who can create this sort of family environment, too.

You collaborate with your husband, David Lentz, at The Hungry Cat. Is it different when a woman and a man run a kitchen together?

I’m David’s business partner at The Hungry Cat, but it’s really his restaurant and he runs it how he wants to, which is why we’re still happily married.

We worked on the concept together—more my helping out, because I had opened a place before and knew how to get it going. Once we opened it really became 100 percent him. For us at least, keeping it separate is a good thing. I think all chefs have their own personal style in terms of kitchen management and business management. Sometimes David laughs and says, “Everyone thinks I’m the mean one, but you are really the one they should be afraid of.” I don’t get mad often, but when I get mad it’s really ugly and scary. But that is probably more a personality thing than a gender thing. Actually, I have worked for two different chef couples. Johanne Killeen and George Germon at Al Forno [in Providence, Rhode Island]—we all always knew that Johanne was the tough one and George was more easygoing. I also worked for Nancy Silverton and Mark Peel when they were married, and they didn’t fall into those expected male-female roles either, so I think it’s a lot about the person rather than the gender. 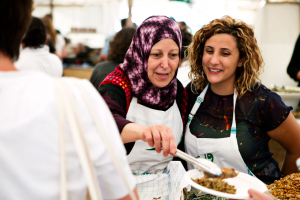 From Beirut With Love: Souk El Tayeb
by Rachel Khong

The members of Beirut’s first farmers market travel to Copenhagen. 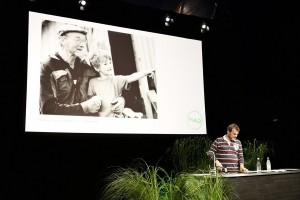 The world’s greatest urchin diver on his daring day job. 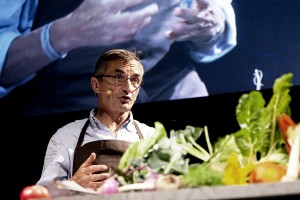 An icon demonstrates one of the most copied dishes of all time.

Watch Video
Notes from the Big Peach
by Chris Ying